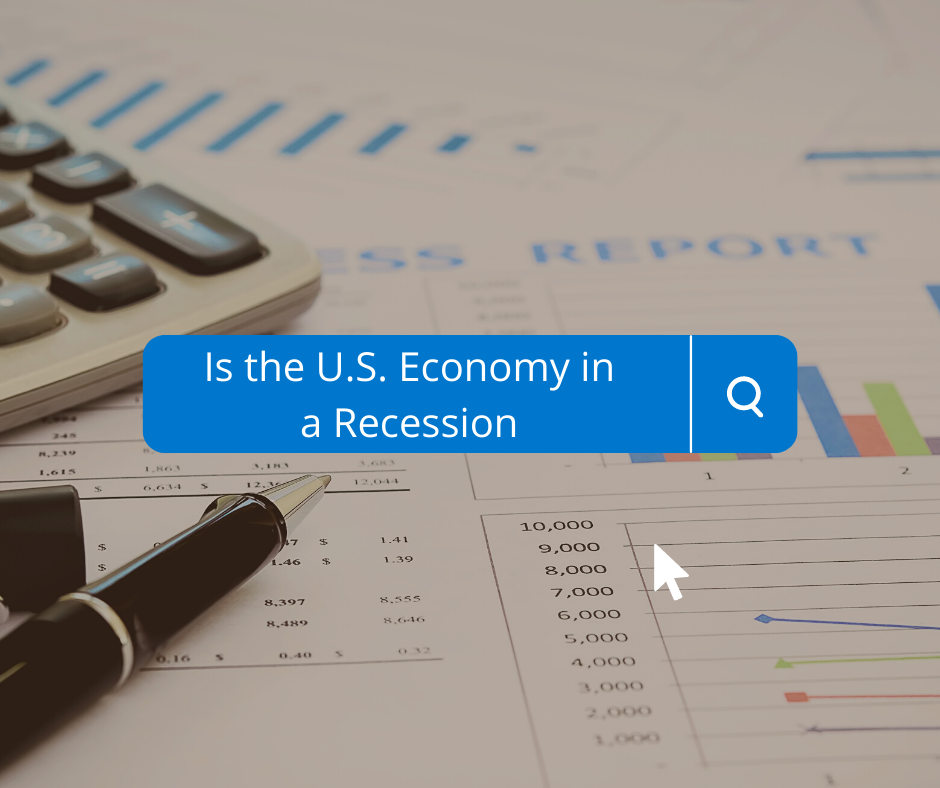 Is the U.S. Economy in a Recession

In an early July poll, 58% of Americans said they thought the U.S. economy was in a recession, up from 53% in June and 48% in May.1 Yet many economic indicators, notably employment, remain strong. The current situation is unusual, and there is little consensus among economists as to whether a recession has begun or may be coming soon.2

Considering the high level of public concern, it may be helpful to look at how a recession is officially determined and some current indicators that suggest strength or weakness in the U.S. economy.

U.S. recessions and expansions are officially measured and declared by the Business Cycle Dating Committee of the National Bureau of Economic Research (NBER), a private nonpartisan organization that began dating business cycles in 1929. The committee, which was formed in 1978, includes eight economists who specialize in macroeconomic and business cycle research.3

The NBER defines a recession as "a significant decline in economic activity that is spread across the economy and lasts more than a few months." The committee looks at the big picture and makes exceptions as appropriate. For example, the economic decline of March and April 2020 was so extreme that it was declared a recession even though it lasted only two months.4

To determine peaks and troughs of economic activity, the committee studies a range of monthly economic data, with special emphasis on six indicators: personal income, consumer spending, wholesale-retail sales, industrial production, and two measures of employment. Because official data is typically reported with a delay of a month or two — and patterns may be clear only in hindsight — it generally takes some time before the committee can identify a peak or trough. Some short recessions (including the 2020 downturn) were over by the time they were officially announced.5

Over the last few months, economic data has been mixed. Consumer spending declined in May when adjusted for inflation, but bounced back in June.6 Retail sales were strong in June, but manufacturing output dropped for a second month.7 The strongest and most consistent data has been employment. The economy added 372,000 jobs in June, the third consecutive month of gains in that range. Total nonfarm employment is now just 0.3% below the pre-pandemic level, and private-sector employment is actually higher (offset by losses in government employment).8

One common definition of a recession is a decrease in real gross domestic product (GDP) for two consecutive quarters, and the current situation meets that criterion. Real (inflation-adjusted) GDP dropped at an annual rate of 1.6% in the first quarter of 2022 and by 0.9% in the second quarter.12 Because GDP is reported on a quarterly basis, the NBER committee cannot use it to measure monthly economic activity, but the committee does look at it for defining recessions more broadly.

Since 1948, the U.S. economy has never experienced two consecutive quarters of negative GDP growth without a recession being declared. However, the current situation could be an exception, due to the strong employment market and some anomalies in the GDP data.13

Negative first-quarter GDP was largely due to a record U.S. trade deficit, as businesses and consumers bought more imported goods to satisfy demand. This was a sign of economic strength rather than weakness. Consumer spending and business investment — the two most important components of GDP — both increased for the quarter.14

Initial second-quarter GDP data showed a strong positive trade balance but slower growth in consumer spending, with an increase in spending on services and a decrease in spending on goods. The biggest negative factors were a slowdown in residential construction and a substantial cutback in growth of business inventories.15 Although inventory reductions can precede a recession, it's too early to tell whether they signal trouble or are simply a return to more appropriate levels.16 Economists may not know whether the economy is contracting until there is additional monthly data.

With employment at such high levels, it may be questionable to characterize the current economic situation as a recession. However, the employment market could change, and recessions can be driven by fear as well as by fundamental economic weakness.

The fear factor is inflation, which ran at an annual rate of 9.1% in June, the highest since 1981.17 Wages have increased, but not enough to make up for the erosion of spending power, making many consumers more cautious despite the strong job market.18 If consumer spending slows significantly, a recession is certainly possible, even if it is not already under way.

Inflation has forced the Federal Reserve to raise interest rates aggressively, with a 0.50% increase in the benchmark federal funds rate in May, followed by 0.75% increases in June and July.19 It takes time for the effect of higher rates to filter through the economy, and it remains to be seen whether there will be a "soft landing" or a more jarring stop that throws the economy into a recession.

No one has a crystal ball, and economists' projections range widely, from a remote chance of a recession to an imminent downturn with a moderate recession in 2023.20 If that turns out to be the case, or if a recession arrives sooner, it's important to remember that recessions are generally short-lived, lasting an average of just 10 months since World War II. By contrast, economic expansions have lasted 64 months.21 To put it simply: The good times typically last longer than the bad.

Projections are based on current conditions, are subject to change, and may not come to pass.

Content in this material is for general information only and not intended to provide specific advice or recommendations for any individual. All performance referenced is historical and is no guarantee of future results. All indices are unmanaged and may not be invested into directly.

The information provided is not intended to be a substitute for specific individualized tax planning or legal advice. We suggest that you consult with a qualified tax or legal professional.

This article was prepared by Broadridge.